1800.875.280
Now With Even More Professional Voice Actors to Choose from Than Ever Before. NEVER ANY HIDDEN FEES!

Warm, Deep, Professional and Neutral, my voice is ideally suited for corporate clients looking to create clear messaging that is understood globally. I own a studio with a professional Sound Booth with vario...

A warm friendly female voice with endless possibilities...from young adult, stern, soft, inviting, sexy, playful, concerned...always willing to try new ways to use my voice to make the best of your project!...

With a deep and warm tone, my voice can range from authoritative to conversational, rumbling introduction to light-hearted and funny. I've been contracted to work commercials, e-learning, narration, documentary...

I'm just me. No pretends, no fake, just me. I'm real and genuine and can follow direction and pay attention to detail, so if that's what you're looking for I'd love to work with you....

Sarah has a versatile voice and is proficient in many accents and characters voices as well as a neutral, engaging quality perfect for numerous vocal demands. Sarah's voice is upbeat and friendly and conversati...

Brandon has a voice that is described as a smooth mash-up of everyman, story teller, teacher, and DJ. It is the friendly deep voice that is believable, powerful, articulate, reassuring, clear and cool. Keyword...

I have a deep, versatile, powerful and charming voice, specially suitable for corporate, educational, commercial and narrative purposes with a Latin American neutral tone. My voice can be thoughtful or authorit... 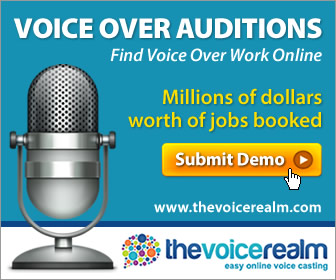 As one of the world’s leading voice over casting companies, we cast a lot of voice over jobs!

Clients audition and hire professional voice actors through our website, with recordings being delivered in 24 hours or less.

Check out some of our professional voice actors below. You can audition them for free and hire to provide voice over services in just a few clicks!

What Do You Need?