What do you exactly call yourself when you do voice-over? 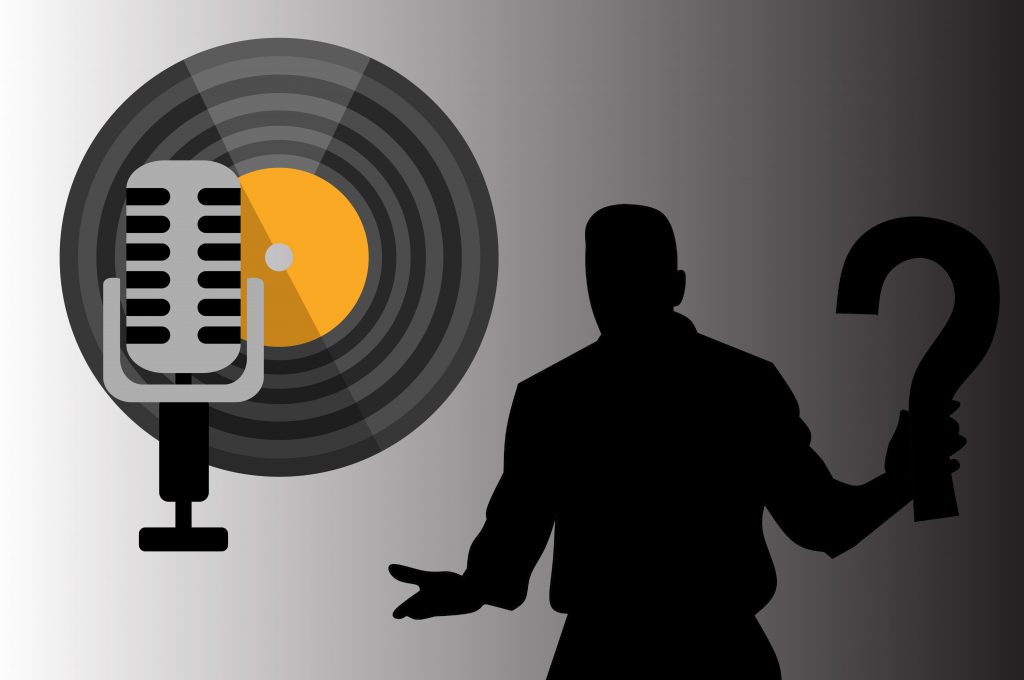 Voice-over. Voiceover. Voice talent. Voice artist. Voice actor. As someone who performs voice-overs, you have surely encountered all of these terms and once got confused whether or not there is a functional or industry distinction amongst them and if it matters.

In the busy world of voiceover, it’s probably the least possible topic you would care to research on or talk about. Sporadically, perhaps you’ve pondered in between your rehearsals or while surfing the net about voiceover but you are too busy to steal hours to exclusively figure out the fine line between the various terms.

Let’s dive into this underrated discussion that is especially beneficial to those who are just getting their toes wet on the voiceover industry.

Newsflash, there is no definitive term for this profession but there are certain connotations to different people in the market. So while it is not as important a quandary as inquiring for the best microphone, settling on what you want to be called as a performer of voice-overs is important to your clients and your audience because it’s how you build people’s expectation of your skills.  Tho, it helps you discard the pain of having to randomly pick whichever term you feel like using most importantly if you are a blogger too.

Voice-over. Or voiceover. Or voice over. Regardless of spelling, expert claims they have the same meaning. The variation is just a matter of evolution of “combined” and “hyphenated” words in the English language. For whatever reason, some two-word phrases become joined by a hyphen and over time, they usually turn into one word. Since all these 3 words are existing, it doesn’t matter which one you use, you just have to be consistent with what you’ve used first. This term actually refers more generally to the voice script, process, industry, or the voice in the recorded audio file. But for some rare usages, it is often referred to as the person doing the voiceover. E.g., “He had his career breakthrough as a voiceover”. However, it really has multiple meanings and the ambiguity of calling the person “voiceover” too is somewhat impersonal.

Voice talent or voiceover talent. The word “talent” generally denotes a positive idea. This is more preferred and is commonly used by many voice casting agencies and marketplace because it separates the vague terminology of a voiceover (thing) from the person doing the voiceover. It gives exclusivity and flattery to the person, earning him clients’ impression that he is a professional. Also, during a normal conversation, clients practically call the performers of their voice script “voice talent” or simply “talent”. The Voice Realm also call its voiceover professionals voiceover talents even though they are principally called voiceover artists in Australia and the UK.

Voice-over artist. This one seems to be focusing on the talent’s artistry other than the client’s need. “Artist” is kind of ambiguous too as it encompasses multiple pursuits relating to art. Nonetheless, “voiceover artist” appeals to be not just a profession. You can sense passion or creativity and it gives the client an impression that you have a great, unique voice and that you inject creativity and originality to your voiceover jobs.

Voice-over performer. This one is analogous to a voiceover talent but puts emphasis on performing. Performance in a sense where voice script calls for a character, an emotion, or acting. Though some clients are not likely to type the word performer when they are hiring because they just need a simple narration or translation, many voiceover experts know that all scripts involve performance to varying extents. This term, however, is not much preferred by The Voice Realm as it sounds as if the talent’s forte is more of an entertainer than a real professional who underwent training and has a cascade of experiences.

Voice actor. While voiceover artist and voice talent are good enough to label yourself for your voiceover job, the term “voice actor” appears to be a combination of all good qualities a talent can possess. Why? Because actors undergo workshops and training. Actors are polished at expressing a myriad of emotions faced with a wide audience. Actors are talented, a performer, and an artist all in one body. They portray different characters. They perform without a script on their hand. They are versatile. Being unique for they have to establish their own character, one can reckon, runs in their veins. All the aforementioned qualities are what casting professionals look for. Being able to voice something as if you are not reading through a script is what voiceover profession is all about – sounding natural and realistic. While some potential clients don’t think they need a voice actor for their commercial or e-learning, you don’t go wrong in calling yourself a voice actor. Even if you did not really undergo acting workshops, claiming you are a voice actor reflects your image, it makes you look like you are on top of what you are doing. So why settle for anything less? By calling yourself voice actor even if you are just initially taking small projects that don’t necessarily require much of acting skills, you become one in time.

It’s down to one point: there is no standard naming convention for your profession as a voiceover talent and there’s no bold line that divides them. Still and all, you should know when to call yourself by any of these terms particularly when conversing with your client. It’s best to adjust to their preference and need and not bombard them with words which might sound like jargon to them because they could have a different interpretation. It’s relative to your client and it’s a very important deciding factor on how you are going to call yourself as a translator of scripts.