Jackson Daniel On The Human Voice and Voice Overs 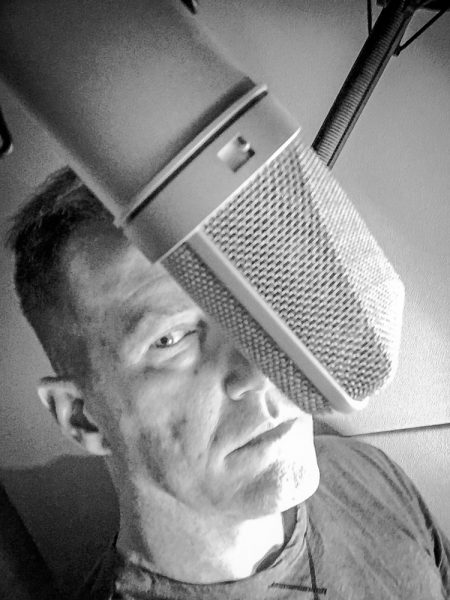 Jackson Daniel is one of The Voice Realm’s male voice talents from San Francisco. He was born on the East Coast, and has had extensive theater, sketch comedy, film, television, and radio experience. When he was still living in DC, he was the lead actor in dozens of plays and appeared in venues as varied as the Shakespeare Theatre, District of Columbia Arts Center, and Source. He’s also taught comedy writing and performance for an acting studio in San Francisco.

We asked why he was drawn to voice overs and made a career out of it. “I hear extraordinary voices every day. 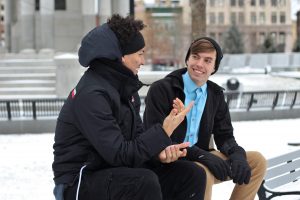 Extraordinarily deep, or extraordinarily vivid, or pure, or electric… As many qualities as we have shades of feeling. And it may not be the voice itself. It may be a woman’s laugh, or her sigh, or her summons; or the cadences of a man’s story, or his daughter’s consolation. A grumble, an assent, a wink, a demur. How many times have you been in a store and been held, fascinated, by an ungated voice?  I’ll go up to an airline worker after a funny or considerate or reassuringly confident communication to tell them how much I enjoyed it—and though such patter doesn’t always work, I admire the ones who impress something of themselves on the moment, rather than looking for the most efficient methods of its disposal,” he shares. “And that’s why I think people respond to voiceover, to good voiceover. Because they are responding to the best in themselves. Because, sadly, we too often reserve our truest voice for only those moments that require great passion.”

He adds, “We all understand, deeply, what is true and interesting and exciting in a medium we all use all the time and every day. We are all of us connoisseurs of the spoken word. And so a well-voiced announcement, an ad’s unusual but exquisite inflection, affects us. Viscerally; and often with a smile.  Which is why voiceover—which in the great scheme of things is not very important—should in the small scheme of things be done very, very well.”

Getting Started With The Voiceover Industry
Jackson says that after one of his sketch comedy performances, he was asked to do a commercial read by the owner of a recording studio in San Francisco. He found it a fun experience, combined with the fact that he has always wanted to take up voice acting. There was also his lack of interest in the day job he had at that time so he took the plunge. Jackson says, and we quote, “And, like so many, I did so woefully unprepared. Technically and in terms of connecting, my first forays were dreadful (I occasionally listen to them to remind myself that, yes, I am improving all the time).” He says that voice over acting is a game of persistence as much as talent. He stuck with and committed to the long haul. And the haul is long, as with anything requiring excellence. He adds that his coaches have been huge in helping with his progress. Jackson also loves the technical side, and his love of voiceover is deeply tied to his ‘gadget lust.’

The Most Challenging and Most Educational Job
“A couple of months ago, I was hired by a Chinese-American organization to voice an inspirational documentary film. It was a full day’s booking in their studio. The copy had quite a few Chinese names and places, so I diligently researched them using the various web tools available and wrote out phonetic spellings. Chinese is famous for its difficulty, and I had no delusions of getting the pronunciations perfect—I just didn’t want to ridiculous and, more importantly, let the client down. Well, it turns out that my hosts did not agree with many of the pronunciations that our beloved Internet had provided. Fortunately, they were quite patient and helpful, and they coached me on acceptable pronunciations. They were truly lovely (also, they’d been through this before with earlier films). From this I learned that it’s not enough to do the work (in this case, pronunciation research)—you also have to do the RIGHT work. Web tools are helpful, not conclusive.”

We thought to ask about who his favorite voice over artists is, and the answer:
“I’ll go with Ernie Anderson. He was a giant in the industry, hugely successful in a way that VO is unlikely to ever see again. As the voice of ABC for many years, he also did many commercials and—well, pretty much everything else. He also had an amazing instrument, such a treat to hear. People like to say that voice acting is not about having a nice voice, and that’s true, but it’s also misleading; people with voices like Ernie’s are rare. You have to connect with your copy, and do so deeply, but having an interesting voice is a big help. In Ernie’s case, “interesting” happened to be “beautiful, rich, commanding, awesome,” though of course interesting can be many things. Also, there are a million stories about Ernie in the booth (or rather, in the control room, as he disliked booths), and listening to his outtakes is—well, hilarious if you don’t mind some very blue language. I sure wish I could have met him—I bet he was a hoot and a half. One of my favorite VO people, Jodi Gottlieb, the amazing promo coach, worked often with Ernie, so I feel as though I have some distant connection to him.”

On Having Attended Voiceover Conferences:
“Not yet. I plan to attend the next WoVo. I will definitely consider others as well. Networking is so much of voice acting, and I want to meet many of the people I’ve only spoken to. Plus I’m a sucker for any gathering where recording gear might be on display.”

He Told Us About His Home Studio:
“I converted a small storage room into my recording booth. All surfaces are covered with thick ATS paneling and bass trapping, plus I’ve added Auralex in certain places for additional room treatment. This is the one spot in my home that doesn’t communicate noise from the outside world, so even when construction is happening or planes are flying overhead, I get none of that. If I didn’t have this room, I’d definitely buy a booth, as nothing is more important than a good room. I have several mics, my go-tos being a Neumann U87ai and a Sennheiser 416. I mount these simultaneously on the amazing Triad-Orbit dual-mic system, which is a super cool piece of gear that allows me to 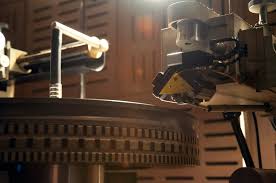 access either of my mics instantly. I have a mounted iPad mini that I use for reading copy. I use Mogami cabling out of the booth to my “control room” outside, which consists of a large desk on which I have my iMac, my Apollo Twin Duo preamp/interface, my headphone amp, and my Focal Alpha monitors. I keep one set of headphones in my booth (closed-back Sonys), and one set at my workstation (Sennheiser open-back HD 600s). I use Adobe Audition for software. I also use a phone patch, Source Connect, ISDN (via a patch), and Skype as needed for remote direction.”

And Of Course We Asked For Tips For Starters In The Industry:
“If you’ll allow me, I’ll provide one tech tip and one performance tip. Tech: Get a room! By which I mean, you absolutely need a quiet and treated space. There are many factors you’ll miss at first, so find help from a tech-savvy person or hire a tech god such as George Whittam to help. All other equipment considerations are secondary. A great mic will only make you sound worse if your room is bad. A fairly cheap mic can sound amazing with a good space (and a great performance). Speaking of Performance: Get a coach! And a good one. This is a business and a craft, and there are many facets of performance it will take you years to discover on your own. So coaching is a wise investment—assuming the coach has the goods. Good ones aren’t cheap, but this is your business, after all. You can certainly find workshops and classes that can be very helpful. Even the people at the top of their game who are making big bucks hire coaches.”

It is a treat to speak to somebody who is very forward and generous of his knowledge and it can be said this is one of those conversations.  There’s a lot to be learned about the voice over industry from equipment to technique and forming the right relationships.  A favorite part of the interview is when Jackson shared details about his home studio and learning about who his favorite VO is. What would be yours?