“Audiobooks Are the New Netflix” 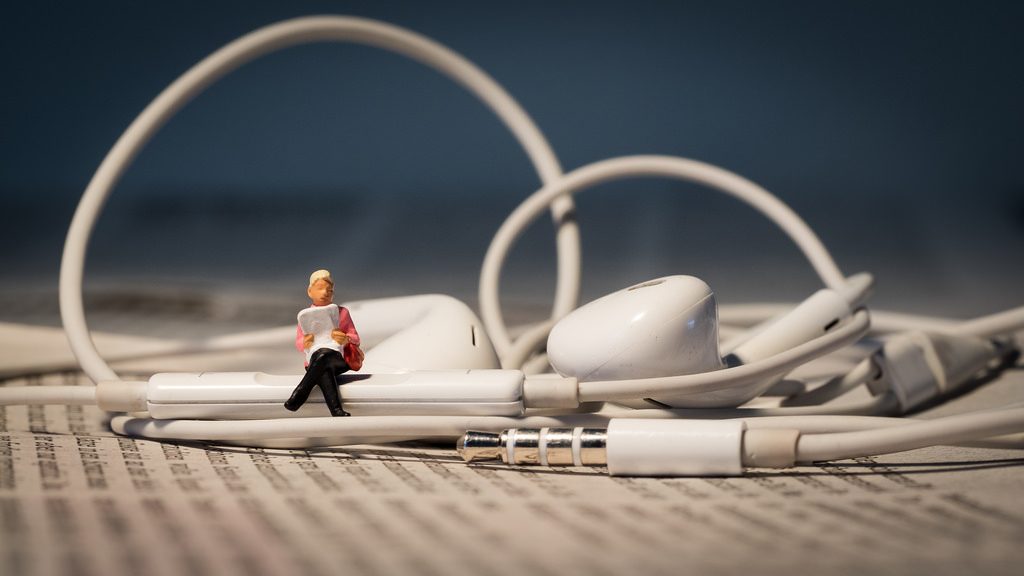 Seems like a bold statement considering that the earliest mass produced form of audiobooks started almost 50 years ago. Has it gained any traction in recent years to be compared to the multi-billion dollar streaming company? Paul Henderson, Associate Editor of GQ Magazine UK declares it is so.

In his article Why Audiobooks Are the New Netflix he mentions that in 2016 audiobooks became the fastest-growing publishing format. Henderson cites the report made by Nielson Book Research published March of this year. Here are some facts that made 2016 the game-changer year for the audiobook industry:

Steve Bohme, Research Director for the Nielsen Book Research UK commented that the appeal of audiobooks to the consumers is that if offers them the ability to multi-task, and also provides a source for relaxation.

Audible UK’s Senior Director for Content, Laurence Howell stated, “Audiobooks have a broad audience, but they fit in particularly well with the fast-paced and busy lifestyles of young people, who are likely to multitask, consume and digest while on the go. The findings from Nielsen Book’s study reflect the impressive rate of audiobook adoption among students and young professionals, who over the last two years in particular have become some of the most dedicated advocates of audio.”

The Nielsen Book Research states that the biggest influencer in the rise in the popularity of audiobooks are the audiobook narrators. Ahead of the price, having a great voice over talent and listening to a familiar voice is the biggest purchasing driver for the consumer.

Howell continued, “The thing with audiobooks is that they celebrate the art of storytelling better than any other medium. Everyone says the book is better than the film. Well, they’re right. And the audiobook is better than the book because people fall in love with the narrator’s voice, oftentimes regardless of the book they are reading. Listening to someone tell you a story is such a hypnotic, incredibly intimate experience that the only surprise is not that so many people are listening to audiobooks, it’s that there are still people that aren’t.”

At this day and age, consumers have this insatiable desire to consume more information, more knowledge, or be entertained, with the accessibility right in the palm of their hands – for this reason Netflix became the go-to portal for streaming media in the last three years. And for this same reason audiobooks can well become the next Netflix.

Have you noticed the change in the audiobook industry in the last two years?

Share your work experience in the audiobook genre and how you think it can become the next Netflix.