Exciting Times Ahead for Voice Actors with New Technology 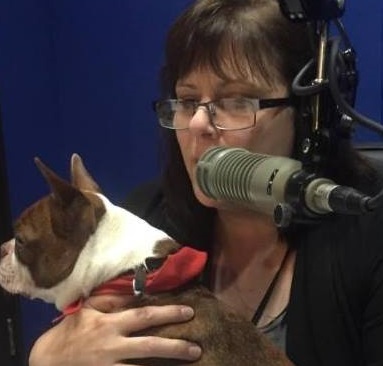 If you have an Amazon Echo, please ask Alexa to launch Idaho Potato. Now, ask a potato-related question. It could be about cooking, storing, determining a genuine Idaho potato or whatever comes to mind. That’s my voice, sharing the secrets of spuds on behalf of the Idaho Potato Commission. And this job, where I get to provide the voice for many Alexa skills (the voice-first word for apps), came about because of what appeared to be a regular, everyday audition.

The client is Witlingo, an official Amazon and Google content provider.  I lucked into becoming one of their team members by winning an audition early in their development.

But was it really luck? Benjamin Franklin said, “Diligence is the mother of good luck”. I audition regularly, super-serve my clients and always keep my word. In fact, I work by the motto, “under-promise and over-deliver”.  I don’t win every audition – far from it! In fact, I have a little hand-made sign in my office that reads, “the job is to audition”, to remind myself to keep going during a non-winning streak. But those clients who do hire me are as good as gold, and I treat them as such.

Witlingo has developed two recording apps that allow anyone to become a contributor to the voice-first worlds. Castlingo is for the person who wants to dip a toe into podcasting, 77-seconds at a time. Buildlingo is for businesses. They’re both bringing more information and voices to the voice-first world, and when they want a professional voice to speak for them, I’m willing and ready.

The market for voice-first technology continues to grow. As of last fall, Neilson reported that nearly one-quarter of US households owned a smart speaker. Of those, 40% had more than one device. It’s an exciting time for voice-talent.

So what’s the takeaway? First, that you never know where a job might lead. That seemingly small client with a tiny budget could expand in the future, and they’ll remember how great it was to work with you. Second, that the voice-over world is exploding in new and wonderful ways. There’s a lot of work out there and reason for optimism. Something cool might be just an audition away.

Lisa Brandt is an experienced voice artist, broadcaster and the author of five books. Her latest is Make the Media Want You: An Insider’s Guide to Creating Persuasive Pitches, available on Amazon, with an audio version coming soon!