Behind our Voice Actors: Ethan Sawyer 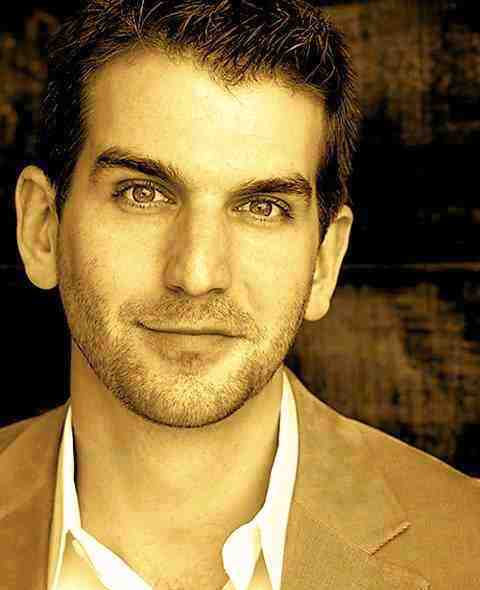 Ethan is versatile voice actor with hundreds of characters in his arsenal.   Living in various parts of the world influenced him in creating those characters and made him the talented voice actor that he is today…  and having a degree and solid experience in acting didn’t hurt either.

Let’s learn more about our featured voiceover artist Ethan… you’ll love the clip he shared with us today.

What got you started a career in the voiceover industry?

I grew up listening to my father do silly voices, imitating Nat King Cole and Humphrey Bogart, and I’d imitate him imitating them — so I suppose I’ve been doing silly voices my whole life.  Then I studied acting at Northwestern University, and received an MFA from UC Irvine, but it wasn’t ’til a few years ago that I gave up theatrical and on-camera acting to devote myself full-time to VO full-time.  And why did I do that?   In short, I found that VO pays better, there’s much less driving to auditions, and I don’t have to memorize any lines!

How has your background in theatre and on cam acting helped you hone your craft as a voice actor?  Is this something that you can recommend aspiring VO artists to do?

Working in theater definitely helped. In fact, I think it’s how I became “instantly” successful when I started in VO.  (Given that I’d been acting for 15 years and my last role was Hamlet in “Hamlet,” it would be inaccurate to say I was a beginner.)  One thing my VO mentor has always said is that when you’re working with a new VO agent or client, you have to be able to go “80 miles per hour on the freeway.” The idea here is that in the VO world things move fast and if one can’t keep up one gets passed up–or, words, run over.  I think that the 15 years of training I received–first in theater, then in VO–helped me to go 60 on the freeway… But I had (and still have) some distance to go–and some things to learn about the craft of VO–before being able to go 80 on the freeway.  I suppose this is what experience brings.

Definitely being a Bilingual VO talent is an advantage, with your experience, what’s the best way to market yourself as a Bilingual artist?

Honestly?  I found a huge list of VO producers and voice sites and emailed them all individually with my English and Spanish reels, my training, and the fact that I’d booked 500 gigs in the past two years (which is true).  People responded!

Do you have a voiceover actor you look up to?  Why?

Mel Blanc.  The man could do anything!

You mentioned in your TVR profile that you are now up to 300++ voice characters… are you aiming to go for a 1000 like Mel?  What new things can we expect from a versatile talent like you?

I’m ALWAYS developing new characters.  Last night I was working on a Disney audition for (I can’t say what) and came up with a new one–oh, and I’m hoping to develop my arsenal of creature voices (for video games).

Do you have a particular type of voice work you love doing?  Why?

Anything that involves thick accents and deep characters.  I love to disappear.

What is your most memorable project so far?

The gig I recorded a few days ago, which was just two lines long.  And this won’t sound very romantic, but it was memorable because I couldn’t believe they were paying me that much money for just two lines.

What is your typical day like as a voiceover artist?

8-10am: record gigs and auditions.

11am-5pm: drive to in-studio sessions, record ASAP auditions, or work on other projects.

What do you recommend?  Setting up a home studio or using a commercial recording facility?

Home studio, as it is so much easier and it is cost/time-effective.

How’s your experience so far with The Voice Realm?

Great! The staff is great, the clients are great and the process has proved really efficient.

Can you recommend resources or training a serious voice actor should read/take to help them improve in their field?

I recommend going to workshops with casting directors who actually will call you in. This last part is important. There are many workshops and classes led by folks who are likely to forget you.  But I’ve found meeting the decision-makers to be productive and lucrative.

What is your advice to aspiring voice over artists?

As you begin, set a monthly goal (example: find a regular work-out group), then do one thing each day toward that goal, and track it on a document on your computer.  Doing one thing each day is important.  Once that goal is accomplished, set a new goal (Example: find an amazing demo producer, or secure an agent.)  I found I needed a daily reminder to get me in the habit.  Now the work finds me.

Book Ethan on your next project.  Visit his voice over profile for a free audition or direct hire.